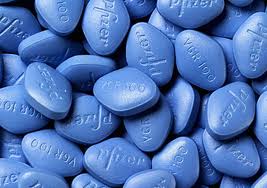 Pharmaceutical giant and Israel-based corporation Teva has been handed a huge victory by the Supreme Court of Canada after a lengthy legal battle with Pfizer.  Teva can hold its head up high after the Court stripped Pfizer of its patent rights to Viagra.

Pfizer originally applied for the Viagra patent in 1994 and the patent was granted in 1998.  It was due to expire in 2014.  Teva and another pharmaceutical company, Novapharm (now part of Teva) applied for a notice of compliance to be able to produce a generic version of Viagra.  The case made its way through the Federal Court system and wound up in Canada's highest court.

In a 7-0 decision, released on November 8, 2012, the Supreme Court struck out Pfizer's patent.  The thrust of the Court's decision was that Pfizer had failed to disclose, in its original patent, that the key working ingredient in Viagra is sildenafil.  The Court explained that the purpose of a patent is a societal bargain.  The party seeking a patent gives up its right to secrecy and discloses the product.  In exchange, the party is granted a time-limited monopoly during which it can fully exploit its invention.

The court ruled that Pfizer had failed to disclose full information about Viagra.  In doing so, according to the court ruling, it disentitled itself from the right to take advantage of the patent monopoly.

It is unclear how quickly Teva will now be able to flood the market with a new, cheaper, generic version of Viagra.  However, this is bound to be good news for Canadian men (and men around the world) who suffer from erectile dysfunction and their partners.  With the expected drop in price, even men who do not suffer from this condition may decide to take the drug for a test ride.

The ruling comes at an opportune time in Canada.  With the ongoing lockout of professional hockey players in the NHL and no televised ice hockey, Canadian men will have more spare time on their hands on Saturday nights, often reserved for watching Hockey Night in Canada.   A deeply discounted version of Viagra is bound to generate all kinds of new possibilities.

Posted by Ranana Reveller at 6:57 PM