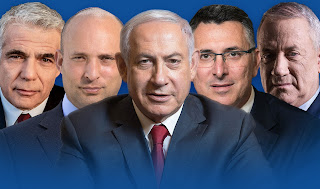 Posted by Ranana Reveller at 5:21 PM No comments:

I had the privilege this morning of hearing Ishmael Khaldi speak at Beth Tikvah Synagogue in Toronto. Mr. Khaldi is a Bedouin, Muslim Israeli who has held high ranking positions in the Israeli army and foreign ministry. For the first 8 years of his life, he grew up in a tent in a Bedouin village. He later attended a predominantly Muslim high school in the Haifa area. After high school, he served in the Israeli Defence Forces and eventually accepted a position with Israel’s Foreign Ministry.

Mr. Khaldi has been on worldwide tour – which has included stops in Canada, the United States, various European countries and South Africa. His tour is timed to coincide with the odious “Israel Apartheid Week” – but his message is entirely different. Mr. Khaldi is travelling the world to speak about the Israel that he knows and loves – a country that offers equality of opportunity, democracy, freedom and respect for people of all different religious and ethnic backgrounds.

The campaign to delegitimize Israel by framing it as an “apartheid” regime is disingenuous if not outright anti-Semitic. There is little doubt that Israel faces a difficult political challenge of trying to negotiate a lasting arrangement with the Palestinians. The current situation in Gaza and the West Bank is untenable and begs for a political agreement. But unfortunately, this historically complicated situation is not answered by one dimensional call to “return” to 1967 borders – which themselves were the product of a 1948 war. Jerusalem, for example, was scheduled to be an “international city” but was simply taken over and controlled by Jordan between 1948 and 1967. Today’s Jerusalem guarantees and preserves religious sites for three major faiths – Judaism, Christianity and Islam – which certainly was not the case between 1948 and 1967.

Because there has not been a political solution – the status of residents in Gaza and the West Bank is not legally clear. Israel has not annexed these areas and does not view the citizens of Gaza and the West Bank as its citizens. If these people ultimately have their own state – is it problematic that there would be a separation between these people and the people living in Israel? Is it problematic that each group would have the opportunity to address their own cultural and national aspirations within their own borders?

Within Israel, citizens are all entitled to equality under the law. All citizens, Muslims, Christians and Jews can access an independent Court system and are entitled to full protection of the law. Mr. Khaldi’s message was that a Bedouin, a Muslim, growing up in Israel – has full access to opportunity and to be treated as an equal in Israeli society. Although he acknowledged that things are not perfect and that Israel faces an array of political challenges – his overriding message was that he was happy and proud to be an Israeli – even as a member of a minority religious group.

This commitment to equality - along with the fact that Israel is the only Jewish state in the world – is what separates Israel from the vast majority of its predominantly Muslim neighbours. It is Israel that protects these rights while serving as a homeland for the Jewish people. It is the other countries – Saudi Arabia, Iran, and Libya – to name a few – that are characterized by xenophobia, misogyny and religious intolerance. The singling out of Israel in light of the reality of the Middle East is what makes “Israel Apartheid week” such a hypocritical and cancerous hate-fest. While this has been recognized by the current Canadian government – let’s hope that friends of democracy and tolerance around the world come to the same realization.
Posted by Ranana Reveller at 8:33 PM No comments: