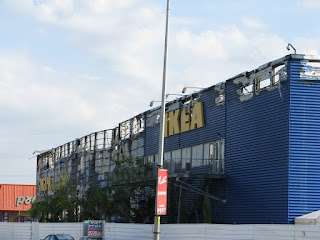 Store owners have indicated that they intend to have the premises rebuilt within six months - so tourists visiting Israel in the summer who are anxious to try some kosher Swedish meatballs will probably be okay. Likewise, the company intends to look after the hundreds of employees who will be out of work until the store reopens. As for Israelis who have ordered merchandise that is yet to be delivered...well...according to Yedioth, they are advised to make sure that they keep their receipts - just in case the orders have somehow gone missing...
Posted by Ranana Reveller at 5:44 AM 2 comments: