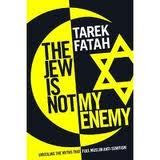 Hopefully, over time, Fatah’s book will spread as widely as Qutb’s throughout the Muslim world and an ideology of peace and tolerance will replace the currently rampant mindsets of violence, anti-Semitism and hatred of the West.
Posted by Ranana Reveller at 9:56 PM No comments: