Putin to Speak in Israeli Knesset 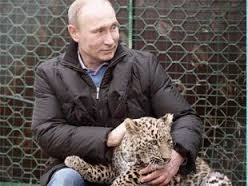 Russian Federation President Vladimir Putin does not like to shy away from danger.  In one photo opportunity (staged, of course), he is seen petting a leopard.  He also been seen hunting, horseback riding, spinning out in a dangerous race car - and taming nature in many other ways.  But where is the real danger? What is out there that might be so risky and dangerous, that it would even frighten President Obama?  Well, apparently, President Putin has agreed to address the Israeli Knesset. 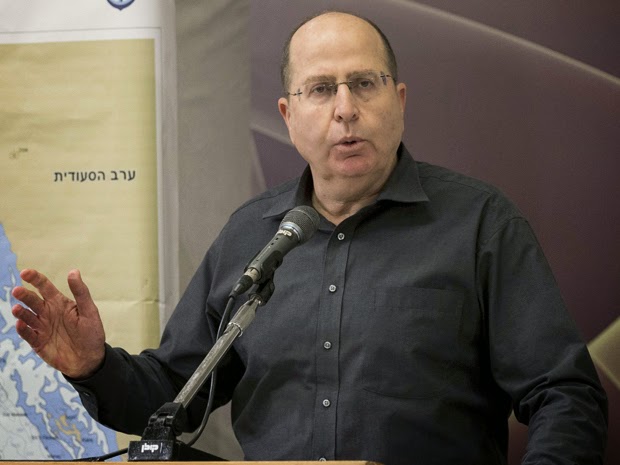 I'm not good enough with photoshop to put together a picture of President Putin snuggling up to Israeli Defence Minister Moshe Yaalon but that might be even more frightening than holding a leopard.  Certainly U.S. Secretary of State John Kerry seems to think so.

President Putin has many things to discuss in the Israeli Knesset.  He would like to warn Israel against overreacting in the face of terrorist attacks and threats.  Putin's calm and peaceful approach to the threat of terrorism, as exemplified by his dealings with the Chechnyans is something he will advocate as a model for Israel to consider the next time that it is faced with challenges in Gaza, Lebanon or Ramallah.

President Putin would also like to lecture Israel about overreacting to Maritime terrorism.  Again, he will point to his country's efficient and friendly dealings with Somali pirates as the model that Israel should adopt.  If you simply blow the entire boat out of the water, so that there are no traces of the boat or its crew, there is no need for a U.N. investigation and certainly no need for reparation payments to be paid to the country that sent the boat in the first place.

While in Israel, President Putin is also expected to make a major policy change.  Apparently after petting the leopard, he made himself a beautiful pair of leopardskin trousers.  He will be wearing them while marching in the annual Tel-Aviv Pride Parade and will announce a change of Russian policy.  Gay people in Russia will now be treated equally.  President Putin is also expected to announce that he is coming out of the closet (he was feeling very claustrophobic) and will be happy to have more space and breathing room.  There is apparently lots of space in the Ukraine...

Lastly, President Putin is expected to discuss Russia's vigorous initiatives against political corruption.  He will be conducting a series of meetings in Israel with former politicians, rabbis, mayors and others to discuss the successful initiatives that Israel has implemented.  He is expected to meet with Aryeh Deri, Ehud Olmert, former Chief Rabbi Yona Metzger and others as part of a fact finding mission.  Following these meetings, he will apparently be blessed, jointly, by Rabbi Metzger and Aryeh Deri in exchange for an unspecified sum of rubles.

Israelis across the country are looking forward to meeting this visionary and hearing all about good governance, human rights, equality, the fight against corruption and sensible foreign policy initiatives.  The visit will take place on an undisclosed date in the near future.


Posted by Ranana Reveller at 6:39 PM