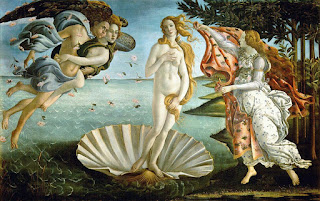 Israel faces many different types of issues, some of which are distinctly more problematic than those with which other countries have to contend. There is the ongoing threat from Iran of a nuclear attack; Threats of missile attacks from Hezbollah to the north and from Gaza to the southwest; and the uncertain impact of events in Egypt, Syria and other surrounding countries. Internally, Israel has had to deal with a variety of criminal charges against various politicians and is constantly threatened by or actually paralyzed by (even if only for a short time) general strikes.

But bubbling beneath these issues, some of which are genuinely existential in nature, Israel is still grappling with another crucial issue - the balance between being a Jewish state and a democracy and the need for people of diverse religious viewpoints to find a way to get along.

Two incidents over the weekend in Israel caught my attention in different ways. The issues are very different but they are clearly related.

On Shabbat (the Sabbath), in Kiryat Yovel, YNET news reports that some people put up posters of naked or semi-naked women, depicted in well known art. One poster was Sandro Botticelli's "The Birth of Venus," reproduced above. The other was "Tahitian Women" by Paul Gauguain. Both posters were apparently labelled the "beautification of women." In Hebrew, the wording would be very similar to the "exclusion of women," an issue which has been in the public spotlight in Israel for many months now. 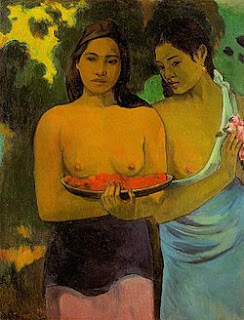 At first blush, it sounds like a needless provocation. The posters are not connected to some upcoming event, for example an art exhibit. Nor does there appear to be any real purpose to putting them up other than to strike back at the perception of increasing Haredi influence in this Jerusalem community.

On the other hand, the context is more complex. This incident comes after reports of some companies removing women (even modestly clad women) from advertising posters in Jerusalem, as a result of Haredi pressure, in some cases where the very same photos were used with the women included in other parts of Israel. The poster incident comes in a city in which there have been some very public disputes taking place over the issue of gender-segregated buses and even gender segregated streets. Viewed in light of many of the incidents that have occurred, while the incident may be provocative, it is also responsive. Much like the Scandinavian Muhammad cartoons, in some ways, the posters can be seen as a free speech statement by some who view gender equality as very much under attack. Ultimately, I'm not sure that this is the best way to deal with Haredi threats to freedom and gender equality, but it certainly made an interesting point.

On the same Shabbat, in Tel-Aviv, a group of protesters from the "Be Free Israel" movement gathered to protest the lack of public transportation on Shabbat and Jewish religious holy days. This is also a fairly complicated issue. The "Yisrael Hofshit" (Be Free Israel) movement has held a number of rallies around the country protesting the exclusion of women. They have invited women to sing and have pushed back against a number of public incidents in which women were shunned. Of course the movement received overwhelming support from the majority of Israelis for its stance on this issue. But now the movement has looked to expand the range of its attacks on perceived religious coercion by railing against publicly supported religious laws.

As a Jewish State, Israel has many public manifestations of Jewish influenced law. The State holiday calendar revolves around the Jewish calendar with the addition of certain national Israeli holidays. Saturday is the official day of rest and in many areas, all of the shops and restaurants are closed. In many areas, there is no public transportation or other public services. You certainly won't find any cars on the road on Yom Kippur, even in the most stridently secular neighborhoods.

Some argue that these state-supported Jewish laws are unfair and should be changed. One source of argument is that the "democratic and free" nature of Israel should trump the Jewish nature of the State. Given that the majority of the population is secular, these people argue that the ban on public transportation is an imposition of minority religious values on a non-religious public. It is a form of religious coercion in that it forces people to observe the Sabbath on some level.

Others argue that the ban on public transportation in many areas of Israel disproportionately affects the poor, the youth, students and soldiers. Since there is no general restriction on driving a car, taking a cab or using a large mini-van or mini-bus on Shabbat in Israel, the lack of public transportation primarily impacts those without the means to use these other forms of transportation.

There is certainly merit to both of these arguments but there are other points to consider as well. 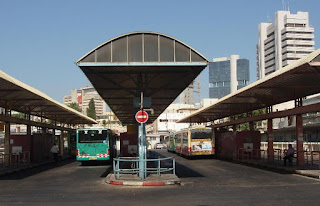 Some have argued that the country's bus drivers have the most to lose and will now be forced to work while much of the rest of the country continues to take a day off. Even if they are paid overtime rates or given an option, this will still impact Shabbat for many drivers, some of whom may feel that they have no choice but to accept Shabbat shifts.

Others look to the balance between democracy and a Jewish State. Trying to balance these two values has necessarily involved certain compromises. In Ra'anana, for example, all of the stores and restaurants on the main street are closed on Shabbat. At the far end of the city, there is a small commercial area with a number of restaurants and shops that are open on Shabbat. For now, the city seems to manage well with this compromise.

The general operation of buses throughout Israel on Shabbat will have a significant effect on the Jewish character of the state, even though there are already many cars on the road. It will likely lead to many more stores and restaurants opening up, a significant increase in commercial activity and a decrease in the number of Israelis who are able to enjoy a day of rest each week. In some ways, it will mirror what has occurred throughout North America as shops have opened up on Sundays and vastly increased the general commercialization of society. But North America is a different case. Since it is not predicated on the religious values of one group, the impact of having Sunday closings was simply unfair in a society which claimed to treat all religious groups equally.

Israel must grapple with different issues than those in North America. Since it is trying to continue to define itself as a "Jewish State," it makes sense that there will be some public laws that reflect the Jewish character of the State. It is tricky to find the right balance. There are certainly many areas in which it would now be prudent to take away monopolistic power from the religious authorities - in areas such as marriage, divorce, funerals, conversions and even Kashruth (Kosher certification laws). It may also make sense to expand public transportation in areas that are overwhelmingly secular. But at the same time, the only way that the State will continue to be a "Jewish State" is if there are at least some aspects of that Jewish character that are publicly promoted.

As I have argued in other blog posting on this point, one thing that would certainly assist Israelis across the spectrum from religious to non-religious would be the move to a two day weekend with Sundays as a general non-working day. Buses would run and stores would be open but Israelis would be able to enjoy a much needed second day of rest with no restrictions.

In any case, the challenge presented by both of these incidents is to continue to look for a balance and a compromise and ways for religious and non-religious communities to find common ground despite their often diametrically opposite points of view.
Posted by Ranana Reveller at 6:20 PM