Blackberry Z10 in Israel: Not Kosher?

Although the new Blackberry Z10 is apparently selling well in some markets, especially Canada, it is likely to face some hurdles in Israel unless it is re-branded.

During Hol-Hamoed this week, Rabbi Tolayim, a Satmar Rabbi from Mea She'arim, issued a pasuk barring his followers from using blackberries.

"It is well known that there is an increasingly high risk of insect infestation with blackberries and blueberries, particularly when they are cleaned without proper supervision.  These berries are also highly susceptible to worm attacks which can destroy everything from the inside out.  As a result, we must insist that Torah-observant Jews refrain from using blackberries, blueberries or similar devices unless they are under proper full-time supervision."


While berries can be thoroughly cleaned and will then be Kosher approved, they must be soaked completely in water, agitated and then rinsed.  This is obviously impractical for most smart phones.  I can tell you this from personal experience, having witnessed the tragic demise of a family member's cell phone that went through a washing machine cycle.  (No names released here....).  In any event, the Star-K guidelines for cleaning blackberries properly can be found here. 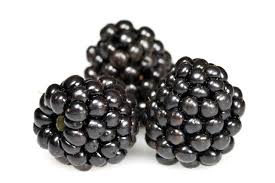 Rabbi Tolayim has asked the Knesset to issue an outright ban on these devices.  He has also been in contact with newly elected Cabinet Minister Naftali Bennett to ask about Israeli government involvement in a negotiated settlement.  The ultra-orthodox have apparently proposed other names for the device that would lower the risk of contamination.  "Grape" was considered for use in Israel since Israel has so many vineyards.  However, they quickly determined that these devices would be impractical as they could only be turned on or off by observant Jews.  "Strawberrry" was rejected as it would have created some of the same concerns as with the other berries, especially if the device was available in a green colour.  According to some Kashruth agencies, the top (green part) of the strawberry should be always be removed before the strawberry is served (or used, in this case).  "Orange" was not approved as it is already the name of one of Israel's largest cell phone companies.

The updated, rabbincally approved list of alternate names currently includes "date" ("tamar"), "pepper,"("pilpel") "watermelon,"("avatiach") "celery" ("selery") and "carrot." ("gezer").  It is unclear which name Rabbi Tolayim and his followers will favour and whether Blackberry (formerly RIM) will agree to a special re-branding for the Israeli market.  However, according to spokespeople from Blackberry, avatiach was too much of a mouthful.  "Celery" was considered too bland and carrot might evoke red-head ("jinji") jokes in Israel.  It is expected that "pepper" and "date" (pilpel and tamar) will be the frontrunners although some Israeli ex-Montrealers have already raised concerns about calling anything a "pepper."


This whole controversy comes less than a year after Rabbi Chaim Kanievsky, a Jerusalem Rabbi, ordered his followers to burn their Iphones, as reported in the Huffington Post here and the Jerusalem Post, here. I assure you that these postings are not fabricated.  You can't make some of this stuff up!

Meanwhile, Samsung has apparently escaped much of this nomenclature controversy in Israel, which bodes well for the Galaxy 4,which is due to be released shortly.  Despite the ongoing controversy over the age of the universe, the Galaxy has not attracted as much rabbinical condemnation as the other devices.

Israelis can take comfort that the new Minister of Religious Affairs in Israel will come from the Yesh Atid political party.  This is likely to lead to the liberalization of many religious laws in Israel.  It is anticipated that obstacles to the sale of blackberries, apples, blueberries and other fruit-named smartphones will soon be eliminated.

Now that we are about half way through pesach, perhaps the same logic will apply to the eating of kitniyot (legumes).  Perhaps by next year, with the change to the Ministry of Religious Affairs, Ashkenazi Rabbis everywhere (or at least throughout Israel) will realize that the kitniyot ban has nothing to do with hametz and that there is no legitimate legal (halachic) reason for banning corn, rice and various types of beans from the Pesach table.

In the meantime, the same logic that causes observant Ashkenazi Jews to shun kitniyot during Pesach will continue to cause the ultra-orthodox to avoid fruit-named smartphones, especially those smartphones that are named after fruit that carry high risks of insect infestation.
Posted by Ranana Reveller at 9:04 AM 1 comment: