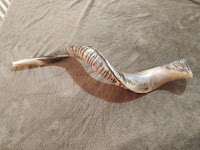 Shana Tova.  I haven't written too much lately but this is a "two for the price of one" day - or in Israel, as they say a "1+1."  I have already written an article about Ben Caspit's book, The Netanyahu Years and I am adding this more general article about a few other topics.

First of all, a bit on travelling.  I wrote two blogs earlier this year about my trip to Canada and then return to Israel  during  Covid restrictions.  Those blogs both need to be updated  as things have changed but here is the short version, based on my most recent experience.  When  flying to Canada now, if you are double vaccinated, with one of the "acceptable vaccines" (which does not include the Russian Sputnik vaccination or the Sinovax from China), you only need a test in the departing country (a PCR test) and proof of your two vaccinations.  You can put this all in the ArriveCan app (which you can download from the  Android Play store or the Apple store) and, unless you are selected at random for an additional test, you can waltz through the border by showing the required items to a customers officer.  I have my doubts that this policy will  remain in place, especially as infection numbers  continue  to rise - but I guess we will see.  I should note that to leave Israel, travellers are required to get "exit permission" by completing an online form that provides information about testing, vaccination  status and current symptoms.  It is fairly quick and easy.

Arriving in Israel, things are continuing to change rapidly.  As of Friday  September 3, 2021, if you are triple vaxed, you do not need to go into quarantine on arriving in Israel as long as you test negative on arrival.  Everyone, including the triple vaxed, must do an airport PCR test, which costs 80 Shequels (about $33 Cdn) and you get results within a day or so.  If you are negative and triple vaxed, you are then free to go.  I was only double so I was in a different category,  If you are only double vaxed, you still require a one week quarantine period, even if you test negative on arrival.  You can get released by going for a test on your 6th day after arrival and then you are officially released on day 7, without any official further notification from  the Ministry of Health. My results from the airport test came back within  about  10 hours but that didn't change my status.  I'll go do my test on Wednesday night after Rosh Hashana ends and I'll get my third shot on Thursday (assuming my test results are negative).

As far as I understand it, only Israelis  or those with immediate family in Israel can come to Israel.  Israel has not yet opened its borders to tourists and other categories of travellers.

Meanwhile the Covid  numbers in all categories in Israel are quite high.  The number of people testing positive has been over 10,000 a day and has just now started to decline, which some are attributing to the rollout of the booster shot.  The number of seriously ill  patients, who are hospitalized is hovering around at around 600 and there have been 10-20 deaths a day.  These are gruesome numbers for a country that, at one point, had under 10 new cases a day and almost no daily deaths.  Percentage-wise, it is still a far greater share of the unvaccinated population that is testing positive and becoming seriously ill.   But there are many hospitalized patients who had received  two doses, mostly more than 6 months ago.

I don't have too much to say at this point about Israel's current political situation other than there seems to be some sense of relative stability and motivation on the part of the constituent governing parties to keep the government together.  A budget has been proposed  and passed through cabinet and  has now passed through a first reading in the Knesset.  We  haven't had a budget passed since 2019 so this marks a very different change in direction from that which was taking place under Netanyahu's stewardship.  The current government is putting forward many different proposals,  some  of which are  more popular than others.  It is a government made up of a wide range of voices, ideologies and aspirations but there seems to be a sense, for now, that these MKs are committed to working together for the good of the country.   In my view, it is refreshing and I am reasonably optimistic, at  least in the short to medium term, that we will have a measure of stability.

If you are in Israel, the big sport is usually football (soccer as some of us might say) and of course the big tournament is the upcoming 2022 World Cup.  The Israeli  national team won a huge game yesterday - beating the Austrian national team 5-2 in a key qualifying match.  Israel sits second in its 6 team group after playing its first 5 matches.  It still has  5  games to play but it is off to a good start.  The next game is huge - a game against Switzerland on Tuesday night (the second Erev Rosh Hashana).  After that, Israel will play twice in October and twice in November.  If it manages to catch and pass Switzerland and  finish  first in the group (which is highly unlikely), it would make it into the World Cup  automatically.  If not, the 8 teams with the next best records will all be put into a group and four of them will make it after playing a "home and  home"  series against their designated opponent.  Israel has only made it to the World  Cup once in the history of its national team.  It is still far too  early to start ordering flags but with this huge victory over Austria, the prospect of a berth is still real.

It is yet  another unusual year for the celebration of key holidays  Technically, I am in "isolation" until Wednesday night, so that means no in-person live attendance at any shul - though I'm not entirely sure  I would have gone in-person  in any event.  For Rosh Hashanah, one option will be to conduct our own, in-home, Rosh Hashanah service,  without a minyan (at least 10 adults), which is what  we did last year.  We have a shofar and most other items  (we don't have a Torah scroll).  Another option would be to join an online service.  We  could join a local service, such as  the broadcast from our shul, Hod vehadar, or we could join  the broadcast from one of  many other shuls across  Israel that are steaming their services.  In fact, we could sleep in and start services at 4 p.m., by watching a streamed  service from Toronto (Beth Tikvah Synagogue  would be our choice), New York (Park Avenue, perhaps?) or we could stay in bed  until 5 p.m.  and then watch a service from St. Louis.   Unless we have had way too  much wine on Erev Rosh Hashanah, I doubt anyone  will be  sleeping in until 4 p.m., even with the jet lag.  And we generally don't use computers or tvs on Rosh Hashanah.  So I guess we have a day or two to decide what to do....

For Yom Kippur, we gathered in a friend's backyard last  year in Ra'anana and conducted the service.  There were only about  12 or 13 of us and some may not be available this year.  So I'm not sure  what we are  going to do.  We still have a week or so to decide, though if I am going to lead Kol  Nidrei and Neilah again, I will have to do some serious practising....

Israel's "Rising Star" music competition ended this week.   The  winner, American-Israeli Tamir Grinberg, won by a significant margin.  It seemed clear to the judges the  first  time they heard him sing that he would probably win, much like when Kelly Clarkson first appeared on American Idol or Eden Alena appeared two years  ago in Israel's "A Star is Born"  competition.   There are some contestants, that come along  every once in a while, who are so good that it seems that it will be impossible to beat them no matter who shows up as the challengers.  I have included a YouTube clip with Grinberg singing from a few weeks ago with the eventual runner up contestant, so you can  judge for  yourself.

Over the past couple of weeks, I watched  the 9 episodes of Hit and Run, the new "thriller" starring Lior Raz of Fauda fame.  It wasn't Fauda but it was fun to watch, reasonably intense and contained lots  of twists  and  turns.  The dialogue is in Hebrew (with subtitles) and English and the movie was shot in Israel and New York.  There is a fair bit of violence, at times graphic.  But I guess that is the genre.

I also watched Ted  Lasso, which has nothing  to do with this blog, Israel or any of the other topics that I usually cover.  If I really stretch things, I could point out that I mentioned the Israeli national football team earlier in my blog and the  show is about a British fictional Premier league  football team....coached by an American football coach with no knowledge of soccer....but I'm not sure that creates a real tie-in.   I was a bit skeptical about  Ted Lasso for the first couple of episodes but since then, I have really enjoyed it.

So there it is - that is my shmorgasbord blog for today - just before the Jewish New Year - covering a few  selected topics that I thought you might find interesting.  I would like to wish everyone a happy and healthy new year  - and I hope that I will have the chance to see  or speak to many of you soon.

One of my favourite social media postings recently - was this one (I don't take the credit for it but I'm not sure who posted it) - "as we approach Rosh Hashanah and  think of both asking for forgiveness and repentance, we should heed the wise words of Rabbi Led of Zeppelin, who sang, "yes there are two paths you can go by, but in the long run, there's still time to change the  road you're on."  If you are too  old, too young, or too musically disconnected to get the reference, send me a note and I'll explain.

Posted by Ranana Reveller at 11:48 AM