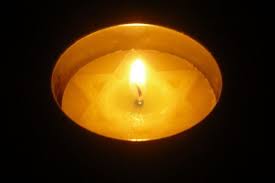 Today is Yom Hashoah  vHagvurah 2021 - the day of Remembrance of the Holocaust and Heroism.  This day is commemorated in Israel and by Jews and many others around the world to remember the 6 million of our people who were murdered by the Nazis and  their collaborators between 1939 and 1945.

Most years, I travel back to Toronto after Pesach and I am not in Israel for Yom Hashoah vHagvurah, which is only 5 days after Pesach ends.  But this year I have had the zchut (the privilege) to be here for this poignant and extremely important day.

Officially, Yom Hashoah began at sundown yesterday.  Perhaps as a starter with things to consider, someone sent me a video of a debate between Alan Dershowitz and the late Rabbi Meir Kahane.  It is interesting to watch, though Kahane was a purveyor of some extremely racist and repugnant views.  I'm not convinced that the way to defeat these folks is by giving them a big public stage.  Dershowitz did a decent job on some points, but fell quite short on many others.  Overall, I'm also not convinced that he  accomplished  his objective of "exposing and defeating" Kahane.  Instead, he probably gave him more publicity than he deserved.

I raise this because the Israeli Knesset has sworn in 6 member of the Religious Zionist party.  This collection of new Knesset members includes racists, xenophobes, homophobes, misogynists and generally extreme nationalist types.  Some of these  new  Knesset members have already spoken about proposing laws to make it harder  for  women to file complaints of sexual assault and harassment, limiting rights for  same  sex couples in Israel,  and legislation  aimed at  Israeli Arabs.  I'm not drawing parallels here but I am also not convinced that the best way to defeat these views is to given them platforms on an ongoing  basis.

In the evening  yesterday, we want to the Ra'anana commemoration at Yad  L'Banim (the City square, essentially).   This is an annual event.  Generally, the City of Ra'anana (like most cities across the country) honours  6 different  Holocaust survivors by telling their  life stories -  and then calling them up, usually with children or grandchildren, to light one of the 6 torches.   In between each group, there are sombre musical  performances.   There was also an interpretive dance performance this year.  Due to Covid, there was no event  last year.   This year's event was by advance registration only, for those with prove of vaccination only.  You had to show photo ID along with proof of vaccination to get in.

These are powerful events, with lots  of tears.  Stories of people  who  lost their  entire  families but somehow made it to Israel and survived.  Horrifying  stories of harrowing  conditions, and cases where  these  tough individuals somehow eked out their survival.   Over the course of  the evening, a number of  poems were  read  (some  originally written in Yiddish, some in Hebrew) and we heard from a number  of speakers including  Ra'anana's mayor.  Special Yizkor prayers were recited in memory of those  who were killed including the El Maleh Rachamim prayer sung by Ra'anana's chief  Hazzan.  It was a powerful and difficult ceremony.

From  there, we went to a friend's house who had invited a member of a Holocaust survivor's family to come  and  share the  survivor's life story for a group of about  30  people.

After that, it was back home to watch the national Holocaust  memorial  ceremony (we had recorded it) and several Holocaust themed  documentaries and programs.  The president of Israel, Reuven Rivlin, delivered a moving and thoughtful  speech.  Prime Minister Netanyahu also spoke and delivered what sounded like a campaign speech.   Most unfortunate for a Holocaust event.

I also attended a Toronto event, by Zoom, held by the  Law Society.  This was primarily about how to  fight hate speech, and Holocaust  denial by using various legal means.   It was an interesing and well attended event.

Today at 10 a.m., Israel blared a two minute siren across the country.   Everything stops.  People  get out  of their  cars and stop on the  side of the road for 2 minutes.  I was still  at home but stood up and observed the siren.

Yom Hashoah in Israel is one of the most important days on the calendar and  one of the most powerful.  Numerous speakers have noted that one of the raison d'etre's  for the State itself is to ensure that this could not happen again.  Many have noted that if Israel had been created in the 1920s or the 1930s (or earlier), it is extremely likely that a high number those who were murdered could have been saved.

For many survivors, and indeed, many Israelis, the notion of seeing their children and grandchildren in the army, as pilots, combat soldiers, members of the intelligence forces - or in other important state positions gives them an incredible sense of pride but also a sense of comfort and security.   The State of Israel is there to protect them in a way that the Jewish people have  not had for more than 2000 years.

This particularist message is somewhat illustrative of the difference between Yad Vashem  (the Israeli Holocaust Museum)  and the National Holocaust Museum in Washington, D.C.  If you haven't been to one or the other, I would highly recommend  visiting  both.  The emphasis in Washington  is very universalist, in my view.  This could have happened to anyone and we need to fight all forms of racism and discrimination to ensure that it does not reoccur.  I'm not disputing the validity of  this message, though at times I have felt that the U.S.  museum downplays the Jewishness of the victims and history of anti-Semitism.  (I have visited several times).

Yad Vashem emphasizes the Jewish experience including the history of anti-Semitism, the Jewish communities and culture that were  destroyed in Europe and the need, especially, for the  Jewish people to look after their own safety and defence rather than relying on anyone else to do so.  Yad Vashem  certainly addresses  others who were  targeted - the Roma community and gays and devotes a whole section to those  who went  out of their way to save Jews.  But the message is geared more towards the Israeli experience  rather than the broader multi-cultural messages that one might find in Canada or the U.S.

Prime Minister Netanyahu took this a few steps  further in his annual Yom  Hashoah speech.  He sought to tie the fight to obtain vaccines from Pfizer to the commemoration of the Holocaust  and he also brought in the ongoing fight to prevent Iran from obtaining nuclear  weapons.   So there are certainly those who will, at times, take the Holocaust as an event and use it for political purposes, even on Holocaust Rememberance  Day while we are remembering those who perished.  Fortunately, he did not also tie  it in  to his ongoing  criminal trial though many were expecting that  he might try to do so.

But  cynicism aside,  the notion that Israel in 1948 included a population of  whom approximately 25% were Holocaust survivors - and that these people were  able to build a country in the aftermath of such horrible experiences and turn it into a  successful, democratic, secure country is actually quite  mind boggling.

We remember those who perished and hope and pray for the days of  world  peace, tolerance and an end to  anti-semitism, racism and  other forms of group  hatred.

Posted by Ranana Reveller at 12:36 PM