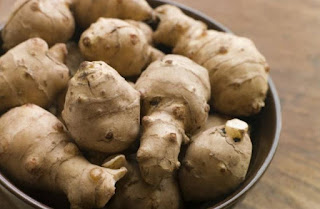 Israel began to reopen today after a month of extensive Covid-19 closures.  Not everything re-opened but the national parks and the beaches opened their doors.  It is probably fair to say that the  beaches were never really closed.  People were attending regularly and, for the most part, police were staying away.  There was an exception that permitted people to go to the beach (but not enter the water) for purposes of "exercising."  So where the police did happen to show up at the beach - groups of backgammon playing bong-smokers suddenly became super active - doing jumping jacks, push-ups and other exercises in the sand.  While the police officers watched and waited...

Another restriction that ended today prevented people from travelling more than  one  kilometer from their  homes.  Except for grocery shopping, drug store purchases, household  necessities, buying a lulav and  etrog, moving, helping a senior family member and a host of other reasons.  So the question here was not whether people were following the restriction but which of the many exceptions they could quickly come up with if stopped by the police at a roadblock.  Failure to come up with a legitimate reason quickly enough could result in a significant  fine.

Schools also opened up from JK to grade 6 across the country, even in "red" areas.  It seems unlikely that this will last for more than a week or two but I guess we will see.  The government opted to open everywhere rather than selectively for fear of acting in discriminatory fashion.  Many of the "red zones" are ultra-Orthodox ("Haredi") areas and the government did  not want to upset the Haredi members of its coalition.  So schools opened up everywhere.  This is likely to lead to a widespread increase in the infection rate which is now running at about 2,000 new infections per day.

Despite these rules limiting openings to elementary schools, the Haredim announced that they would open everything up, through grade 12 as well as Yeshivas for post-grade 12 age students.  They simply announced that they would not follow the rules and so far, the government has not taken any  official action to close these institutions.  We essentially have a "state within a state" in many parts of the country.

Mass demonstrations against the Prime Minister also resumed this week.  There were large scale  demonstrations near the official Prime Minister's residence on Saturday night as well as in Tel-Aviv. While many  of the protesters have been wearing masks, they certainly do not appear to be following social  distancing rules.  Last night, there were several accounts of violent attacks from pro-Netanyahu anti-protesters who showed up at the demonstrations to disrupt and beat anti-Netanyahu protesters.  As  of the writing of this blog, I have no concrete information about who is organizing the counterdemonstrations.  Hmmm....

I should mention, coincidentally of course, that one of Netanyahu's most senior cabinet ministers, Miki Zohar, the Deputy Prime Minister was the subject of a frightening radio interview this week.  Earlier in the week, some audio recordings had been mysteriously released.  The recordings contained discussions with the sitting Attorney General of Israel, Avihai Mandelblit, from many years earlier   The recordings had nothing to do with the current criminal charges against Netanyahu.  In the interview broadcast this week - Zohar threatened that several additional recordings would be  released and there would be an "earthquake of information" released about the current Attorney General if he did not drop all charges against Netanyahu.  When asked if he was making a threat he said "no I'm  making  a promise."   Now I may not be a criminal lawyer, but that certainly sounded like about as open and shut a  case of blackmail/extortion as one could possibly dream up.

In other news, how about some political polls?

On the home front, some new Israeli polls have shown a sudden and  dramatic drop in support  for  Netanyahu.  Current polls put him at about 27 seats (he currently as 36) and put Naftali Bennett at 24.  Overall, the right in Israel is still in position to win an election and form a government.  But there are suddenly options that this would be a different kind of government with substantially reduced power for Netanyahu.  In fact, there are options for a government to be formed that would exclude Netanyahu and the Likud party.  This is the first poll in several years that has shown that  as a real possibility.  At the same time, there is no election currently scheduled and we do not know when one will be called.  So it is all very hypothetical.  I remain skeptical but there are at least some signs that the landscape here may be changing.

In another poll, Israelis were asked about the upcoming U.S. election.  Apparently, 73% of Israelis indicated that they would  prefer Trump.   Among Orthodox and Ultra-Orthodox Israelis, the percentage  swelled to over 90%.  But when Israelis who self-identified as "centrists" or "leftists" were asked, they favoured Biden 55-45%.  So if the President loses on November 3, 2020 as some now expect, he might consider coming to Israel.   After all, Trump just said at a rally last week that he might "leave the country" if he  loses the election.  Maybe if he  loses, he will pardon himself and  come build a new golf course and hotel  complex  near Netanyahu's home in Caesarea.  The challenge for  Netanyahu is that unlike Trump he can't grant himself a pardon.   If Netanyahu loses the next Israeli election, he may have to spend a great deal of time somewhere other than on one of Trump's  golf  courses.   Say, a more confined location.

The weather  is still quite nice here.  So now that  national parks have opened up, a trip to one of them one day this week sounds like a really attractive idea.   We are anxiously awaiting the start of strawberry season over the next few weeks.  As you may know, fruit and vegetables are very seasonal and very local here.  The strawberries are fantastic but it is a fleeting season, lasting from  November through April, or maybe May.  But there are several different types of strawberries - juicy, very sweet and  quite unlike others that I have had, even  at the peak of the farmer's market in mid-summer in Toronto.  Jerusalem Artichokes (See photo above) are now in season so I tried making some soup this week with  a  bunch  of them and it was fantastic.  Recipes available on request.  And there are also some enormous and delicious mangos in season.  Or, of course, you can pick up a $25 pineapple...(ouch!).

To round  out things, shopping malls, most other "non-essential" stores and restaurants, including outdoor patios, all remain closed even though the airport has reopened.  Travellers to Israel are required to quarantine for 2 weeks unless they are coming from "green countries."  But only travellers holding citizenship or having certain categories of family in Israel can enter the country in any event - and then only with advance permission.  That being said, some countries are  apparently willing to accept Israeli tourists - so there are flights leaving Israel for leisure purposes to Greece, Bulgaria and some other destinations.  No plans to join any of these flights any time soon.

Wishing everyone a wonderful week and the best of health.

Posted by Ranana Reveller at 3:19 PM