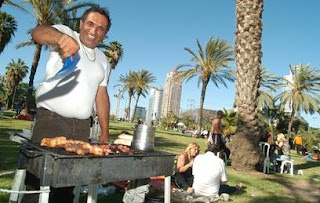 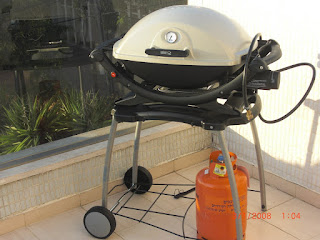 So I now have the Weber Q220 working at home and I am ready to invite some people over for a barbecue. Of course with a gas barbecue, we can call the dinner party for 7:30 and eat at 7:45 or 8 p.m. We’ll miss out on the ritual of getting the fire started (and using the nuff-nuff) and maybe we’ll miss some of the charcoal taste but we’ll have lots more time to spend drinking wine or scotch or just schmoozing while the food is cooked in a fraction of the time. Sure the food might not taste quite as good as if it was cooked over charcoal, but I have always used gas grills and generally enjoyed them.
Posted by Ranana Reveller at 10:14 AM