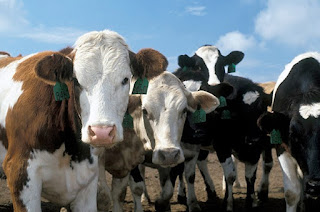 Even on the Kosher side of things, there is the oft-repeated joke that if you pay a mashgiach (a Kosher food inspector) enough, you can Kosher a pig. Although I’m not suggesting that this is what is occurring, there must be a compromised link somewhere along the chain if beef that was slaughtered in Ramallah and Nablus is regularly being sold in Israel, particularly if is labelled as Kosher.
Posted by Ranana Reveller at 7:19 PM No comments: