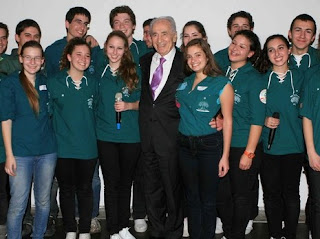 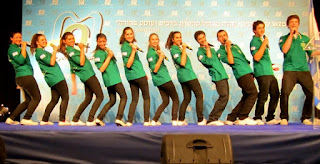 The combination of President Peres and Shirat Machar at the conference emphasized some of the key values of the Conservative Movement. Justice, tolerance, religious pluralism and dignity as reflected in Peres' vision, set out in his speech; and the exuberant, energetic sound of youth, male and female, working together to build a better future as represented by Shirat Machar.
Posted by Ranana Reveller at 5:34 PM No comments: 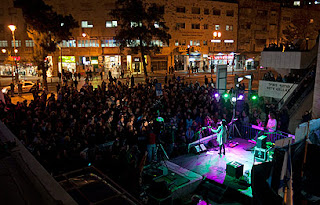 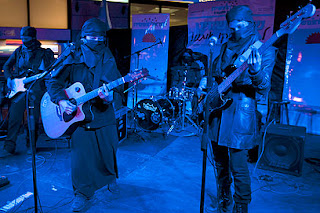 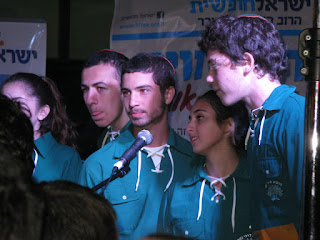 The difficulty in Israeli society is the historic “compromise” under which earlier Israeli governments ceded much of the authority over religious affairs to the monopolistic control of the Orthodox establishment. As this authority has expanded recently with the growth of religiously observant communities in Israel, issues of gender equality have begun to face new and greater challenges. Rallies of the type held last night are aimed not just at ensuring that women’s voices continue to be heard in public in Israel but that democracy and equality for all, regardless of gender, continue to be among the most significant values in Israel.
Posted by Ranana Reveller at 10:28 AM No comments: