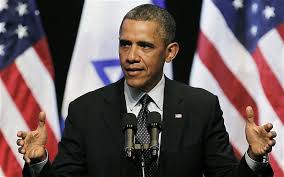 As everyone knows, U.S. President Barack Obama delivered a speech yesterday to a group of Israelis at the Jerusalem Convention Center.  The full text of the speech is here, courtesy of YNet news.   If you would prefer to watch the full speech, the You Tube link for it is here.

President Obama did not present any kind of peace proposal during his brief visit to Israel.  Nor did he propose any specific details in reviewing the Israeli-Palestinian dispute.

As is often the case when political leaders deliver speeches, the speech has been criticized from the right and the left.  Some, on the left, including the Israeli left, would have preferred President Obama to propose a peace plan and then arm twist both sides into accepting it.  This was the approach taken by President Clinton.  The difficulty is that, by most accounts, Israel made significant, meaningful concessions but still could not come to a deal with the Palestinians.  While many in the international community believe that Israel is the obstinate party, that is probably a significant distortion of reality.  It seems fairly clear that both sides will have to make concessions if a peace deal is to be concluded.

Others, on the right, including newly elected MK and cabinet minister Naftali Bennett argued that an Israeli withdrawal from disputed territories would lead to an extremely precarious security situation for Israel.  Bennett referred to the missile attacks that Israel has faced in Sderot since leaving Gaza unilaterally.  To make its point during President Obama's visit, Hamas fired a number of missiles at Sderot while Obama was visiting.

Ultimately, the President's speech was very well written and well delivered. President Obama touched on a number of themes, including the shared bond between the people of the United States and the people of Israel.  He referenced the upcoming holiday of pesach (Passover) and tied the Exodus story to the history of African-Americans in the United States.  And then he moved to the argument that peace is necessary, just and possible.

It is beyond my blog to consider each of those three points in great detail.  I believe most Israelis would have a hard time disputing the idea that peace is necessary (though there are certainly a few).  I also think that most Israelis would accept that peace is "just" though there would certainly be a dispute over what a "just" settlement might look like.  The most significant push-back would probably be over the issue of whether peace is currently possible.  The optimist in all of us wants to believe that peace is possible.  We hope it is.  I think many, if not most Israelis are willing to make significant concessions and sacrifices for peace.  But there will need to be the same attitude towards concessions and sacrifices on the other side.

Many on the right, inside and outside of Israeli criticized President Obama for having visited Egypt early on in his presidency but not visiting Israel.  Leading up to the election, some thought he might visit Israel before the election, which, of course, may have been viewed somewhat cynically.  Now, early on in his second term, President Obama chose to plan a trip to Israel.  Those same right wing commentators, such as Caroline Glick, who had criticized President Obama for not having visited earlier, criticized him now for coming to Israel and for the "hidden motives" that he may have had  in doing so.

One of Caroline Glick's points is certainly noteworthy.  I think it is fair comment to criticize President Obama for not addressing Israel's Knesset.  He was apparently invited, but chose to speak in a convention center instead, in front of a hand picked group of Israelis.  Giving a speech to a large group of Israelis is certainly a wonderful idea.  But President Obama really does need to engage Israel's elected officials, even those with whom he disagrees.

Overall, it seems to me that this was a positive visit.  President Obama reaffirmed and strengthened his relationship with Israel and its leaders.  There were no major incidents with Prime Minister Netanyahu and that relationship may have also improved somewhat.  It is unclear whether President Obama has managed to increase his popularity among the Israeli public, which according to some approval rating surveys, sits as low as 10%.

The difficult challenges are ahead, as President Obama and his team will need to work with Israel's newly elected government and with the Palestinian leadership to move things ahead.  So far, there is little indication how or when that might happen.

Posted by Ranana Reveller at 10:31 AM