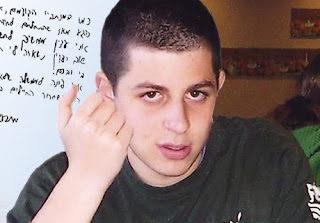 There is a decidedly bittersweet mood in Israel these days. The top story in the newspapers, on websites, television and the radio is the pending release of Gilad Shalit which is scheduled to take place on Tuesday October 18, 2011.

Shalit is an Israeli soldier who was kidnapped in June 2006 by Hamas terrorists who made their way through a crossing from the Gaza strip into an Israeli military area by boring through a tunnel. After more than 5 years of being held captive by Hamas, in Gaza, without access to the Red Cross, medical attention, any other visitors or the outside world, Shalit is being released in exchange for 1027 Palestinian prisoners currently being held by Israel.

Israeli society is very concerned about the welfare of Israel’s soldiers. Since there is almost universal conscription at the age of 18 (with certain exceptions), the army is made up of a significant number of conscripted civilians. While there are also many career army professionals, the Israeli army relies on its citizens to serve their terms and then to be available annually for one month of reserve duty. The army is very much a people’s army and many people in Israel have been touched by the death or injury to a loved one who suffered in the course of fulfilling military duty.

The kidnapping of Gilad Shalit, a conscripted soldier, and the fact that Hamas continued to hold him captive for so long brought many Israelis together in a push to have the Israeli government find a way to bring him home. Shalit’s parents were very active in finding ways to pressure the government. They set up a tent not too far from the Prime Minister’s residence and vowed to remain in the tent and not go home until Shalit was able to return to Israel. They and their increasingly numerous supporters spearheaded publicity campaigns which included bumper stickers on cars, world publicity campaigns, public rallies in Israel and a range of other efforts that brought Shalit to the forefront of the Israeli national conscience. Youth and school groups, university students and other organizations mobilized. Israelis across the political spectrum were united in the idea of finding a way for Shalit to return to Israeli. 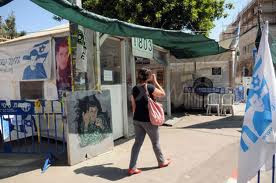 However, Israelis were not necessarily united on the price that Israel should be prepared to pay. Over the five years, Hamas continued to demand that Israel release hundreds if not thousands of prisoners in exchange for Shalit. Many of these prisoners were convicted terrorists, having been found guilty of a range of atrocities including multiple murders. The Israeli government negotiated with Hamas through intermediaries but up until October 11, 2011 could not come to a deal.

On October 11, 2011, Israel reached a deal with Hamas, brokered by Egypt, to release 1,027 prisoners in exchange for Shalit. Some 280 of these prisoners to be exchanged have been tried and convicted to one or more life sentences. They include murderers of innocent civilians, planners and architects of terrorist attacks and others who were involved in grotesque, violent crimes. This is not a “P.O.W. exchange” or a “prisoner exchange” where each side gives back its captured soldiers from a war. This is the ransom of 1027 dangerous criminals in exchange for a kidnapped soldier.

Families of the victims of some of these terror incidents brought three separate petitions to Israeli’s Supreme Court today in efforts to stop the deal from proceeding. Two cabinet ministers from the Israeli Government including Avigdor Lieberman opposed the deal in a cabinet vote. Heated debates have taken place all over the country about the wisdom of agreeing to exchange such a large group of violent, unrepentant terrorists for one soldier.

Yet, ultimately, there appears to be majority support for this difficult decision taken by Prime Minister Netanyahu. The opportunity to save a life – to fulfill the deal that the State of Israel makes with its citizens – to spare no efforts to protect its soldiers and to leave no soldier behind – these ideas resonate with Israelis. They reinforce the value of life and give hope to Israelis that the government will take all necessary steps to protect themselves, their friends, family members and others they know who could somehow find themselves in a similar situations.

So, as Israelis are glued to their televisions tomorrow, hoping to catch a view of Gilad Shalit as he returns home, and praying that he does so in good health, they will be very mindful of the steep price that the Country has paid to redeem him from captivity. As Prime Minister Netanyahu has stated, this will not be a day for celebration. Israel will be comforted and even happy to see Shalit return. But it will be a very difficult sight indeed to see so many terrorists released. Some of these criminals will be returning to Gaza. Others will go back to the West Bank. Some will be expelled and will be taken in by Turkey or Syria. Many are likely to begin thinking about their next terrorist operation immediately upon their release. Preventing these attacks will certainly occupy the army and Israeli intelligence organizations for years to come.

Despite all of the negative aspects of this deal, Israelis are an optimistic people. They have to be to live in this neighbourhood. Perhaps there is, in the background, the thought that if the deal goes through, as negotiated – maybe, just maybe, there might be other deals to be made with Hamas. For all of its terrorist history, its avowed intention to destroy Israel and its brutal tactics within the areas it controls, perhaps Hamas will be willing to take other steps that lead to short, medium or even long term improvements in the area and can be viewed as steps towards peace. As naïve as this might sound and even if the odds are less than one in 1,027, many Israelis might still feel that the risk is worth taking.

For now, given that the deal has been signed and the petitions to stop the deal have been rejected by Israel’s Supreme Court, Israelis will hope that Gilad Shalit returns home as planned and that he is healthy and well.
Posted by Ranana Reveller at 7:15 PM