Shlomo Sand: The Invention of the Jewish People 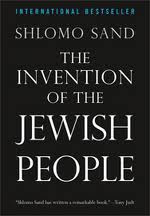 I enjoy provocative books, particularly those with viewpoints opposed to mine. After all, how better to stretch your horizons than to read a wide variety of arguments. Some accused me of being a glutton for punishment after I reviewed Michael Coren’s book – Why Catholics Are Right. But frankly, that book was so poorly argued that it was almost amusing.

Shlomo Sand’s book, The Invention of the Jewish People, is in a completely different category. For starters, the title is so over the top, one might have thought the book was published by the Iranian Ministry of Propaganda or by Mahmoud Abbas’s historians. But since it was described as having been on the Israeli best seller list for more than 19 weeks in 2009, and having generated quite a bit of academic interest, I decided that it seemed like an interesting challenge.

Described as a work of history, the work is much more of a Chomskyesque polemic. Sand, unlike many other writers of history, does not hide the fact that the book was written with a political purpose. His goal is to delegitimize the concept of the “Jewish people.” Along the way, he aims to demonstrate that Zionism is essentially evil and racist; that the formation of the state of Israel was a “rape;” that the ongoing occupation of territory held by Israel since 1967 makes Israel an “apartheid state;” and that the only proper path forward for Israel is to create a multi-national state with no official Jewish character.

This might be enough to cause many readers to fold up the book and put it back on the table of the “Israel Apartheid Week” demonstration at York or University of Toronto during their annual week long hate fests. But I think one must read and understand many of these viewpoints and consider if and how many of Sand’s assertions can be refuted.

Given that the book spans almost 4,000 years of history, it would be quite an undertaking to check the various sources, highlight the views of opposing historians and provide a full answer to Sand. I am quite confident that a number of historians will respond in detail and those works should make for compelling reading. There have already been a number of articles which have highlighted some of Sand’s inaccuracies or liberties that he has taken. At this point, I can only provide more of a superficial review without exploring the historiography in much more detail.

But let’s look at some of the assertions.

After a lengthy discussion of how nations are made and the concept of the national myth, Sand sets out to explain why, in his view, much of Jewish history is simply fantasy. I note that the tone of the book is quite belligerent. Perhaps that keeps it interesting and makes it somewhat compelling. But Sand is full of vitriol. “Zionist,” when used to describe Israel’s intellectual founders, its historians, archaeologists, scientists and others is constantly used as a pejorative term. The Zionist world according to Sand is part of a great conspiracy in which the intellegensia in a whole range of academic fields have been conscripted into this exercise of national myth building on behalf of the Zionist enterprise to create a rationale for self-existence. Only Sand holds the truth and is sufficiently independent to expose 150 years of lies. Of course, Sand’s selective use of history, certain writers and a limited number of events are calculated fit Sand’s model, thesis and intended political conclusions. In other words, it is just as academically illegitimate as that which he accuses the “Zionists” of doing. Throughout his book, there are selective references to a limited number of works. There is little substantive discussion of “mainstream” historians other than with a very general dismissive tone. But it seems to me that this would have been the work that Sand would have had to convincingly rebut if this were genuinely a “truth-seeking enterprise.”

Beginning with the assertion that current archaeology proves that the Israelites were never enslaved in Egypt and were therefore never freed from slavery, Sand moves on to proposition that there was no united national kingdom of David and Solomon and that at best there was a “small tribal kingdom.” According to Sand, “there never was a great united monarchy and…King Solomon never had grand palaces in which he housed his 700 wives and 300 concubines.” Sand stops short of claiming that there was never actually a temple in Jerusalem (which would have put him into Arafat’s camp apparently). Perhaps, given the overwhelming archaeological evidence, Sand found that it would be too difficult, even for him, to make this suggestion.

What has drawn the significant attention and criticism of other historians is Sand’s next assertion that the exile from Jerusalem after the destruction of the second Temple in 70 C.E. is a completely invented fiction. Sand acknowledges the destruction of the first temple, in 586 B.C.E. and the resulting expulsion of the Jews from the land. Given that not all of the expelled Jews returned, this alone is a reasonable starting point for an exile that clearly occurred. Nevertheless, Sand’s focus is the Roman devastation of the first century C.E. He reduces the population of Jerusalem to 60,000 or 70,000 from Josephus’s suggested numbers in the range of one million. But he then uses the Bar Kokhba revolt of 132 CE to suggest that it proves that there had not been an exile. Historians such as Simon Schama have taken issue with Sand’s efforts to downplay the effect of Roman destruction even though there is an acknowledgement by Schama that the Romans did not necessarily physically exile all of the inhabitants.

Sand then describes the spread of Judaism between the 1st and 6th centuries CE as a result of proselytization and subjugation working as a symbiosis between the Hasmoneans and Hellenism. Ultimately, he concludes that rather than being expelled, the Jews remaining in the land of Israel underwent a slow and moderate conversion process to Islam. This argument serves Sand’s later political agenda in which he suggests that the Palestinians of today are the more likely “organic descendants” of original inhabitants of the land than those Jews who claimed to have returned to Israel from an imaginary exile.

Along the way, Sand provides a short version of how the conversion of North Africans was undertaken, as well as Ethiopian Jews in the early 2nd to 4th centuries CE. Conversion also accounts for the spread of Judaism into Spain. The lynchpin of Sand’s thesis is that virtually all of the Ashkenazi Jews were descended from the conversion of the kingdom of Khazaria between the 8th and 9th centuries CE. While Sand indicates that this is accepted history, he raises the conspiratorial suggestion that since no historical work about the Khazars was conducted in Hebrew between 1951 and 2009, this was evidence of the Zionist suppression of historical truth or the search for it. Searching for evidence that all of European Jewry was descended from the Khazars, Sand cites the prevalence of the name “Kagan” or “Khazar” among Eastern Europeans. He uses the existence of the word “daven,” which he says derived from a Turkish word, to “prove” that Yiddish developed from the Khazars rather than from the bastardized German, which it so obviously appears to be.

As Sand approaches the end of his book, he touches on the issue of the Zionist use of race and concepts of ethnos to “serve the project of ethnic nationalist consolidation in the taking over of an imaginary ancient homeland.” Well, he certainly cannot be accused of mincing his ideas. Imaginary ancient homeland??? That is the essence of Sand’s overall thesis: that the Jewish people throughout the world were united by nothing other than some common religious beliefs and practices. Despite longing for Jerusalem and praying to return to it for thousands of years, the whole concept of “return to Zion” was recreated and invented by late 19th century Zionists to serve a purely political purpose and to justify moving to and conquering the land of Palestine.

Critics of Sand, such as Schama, have noted that the idea of a Jewish People has never rested solely on the idea of some genetic purity of race – which is a criticism that Sand seems to partially concede. Yet Sand’s straw man is the idea that a linear racial link can be exposed as non-existent, which will somehow destroy the notion of Jewish peoplehood – despite the thousands of years of shared religious ritual, belief, interpretation, ceremony and yes – suffering at the hands of non-Jewish oppressors.

By the end of his book, Sand sets out his purpose for writing the book. His intention was to demonstrate that since there was no such thing as a “Jewish people” there could not be a legitimate Jewish state. Moreover, a Jewish state could not co-exist with a democracy since the non-Jewish members of the state would not have “ownership” over the state as full and equal partners.

Though some of the rights bases arguments that Sand puts forward are compelling, others are venomous. Although a convincing case can be made that Israel should take marriage, burial and other personal status issues out of the hands of the Rabbinical authorities, Sand’s call for the elimination of the Jewish character of the State and the Law of Return is more problematic. Given that the raison d’etre of Israel was, in part, a safe haven for the world’s Jewish population, which is at last count, an ever declining 13 million, the suggestion that Israel should simply commit national suicide as a Jewish entity and convert itself into a straight constitutional democracy encompassing all of the Palestinians on both sides of the West Bank is simply a recipe for cultural disaster – and perhaps physical destruction as well.

But beyond that ultimate call by Sand, Sand’s various suggestions, scattered throughout his book, that all of Judaism, its Bible, its history, its peoplehood and its longing for Jerusalem are all illegitimate and historically untenable are the type of suggestions that Jews have faced throughout their history from the most pernicious anti-Semites.

I do not dispute that there is urgency to addressing the Palestinian-Israeli dispute and to finding a resolution that will address many of the issues that Sand has raised. It appears that a two state solution would be the best vehicle for accomplishing this goal – with the Palestinian state charged with the ability to institute its own “right of return” for those Palestinians or their descendants who left or were forced to leave their ancestral homeland. Perhaps, to address Sand’s other point, there will be redrawn borders such that some of those increasingly disaffected Palestinian Israelis, currently in the Galilee area will find themselves living within the boundaries of the new Palestinian state. That would be a more realistic political result, at least as a starting point, where two “imaginary peoples” can take their place among the other imaginary peoples in the world.

Addendum:
I found this great article about the book - that I thought I should also reference.