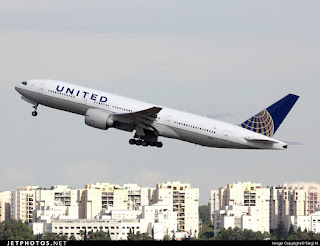 The connecting flight from Newark to Toronto is only about an hour long. Our flight was delayed about an hour, which is probably a reasonably short delay for wintertime, even though there was no snow anywhere. Delays like this can always happen and are one of the drawbacks of a stopover rather than a direct flight.
Posted by Ranana Reveller at 5:33 AM 1 comment: